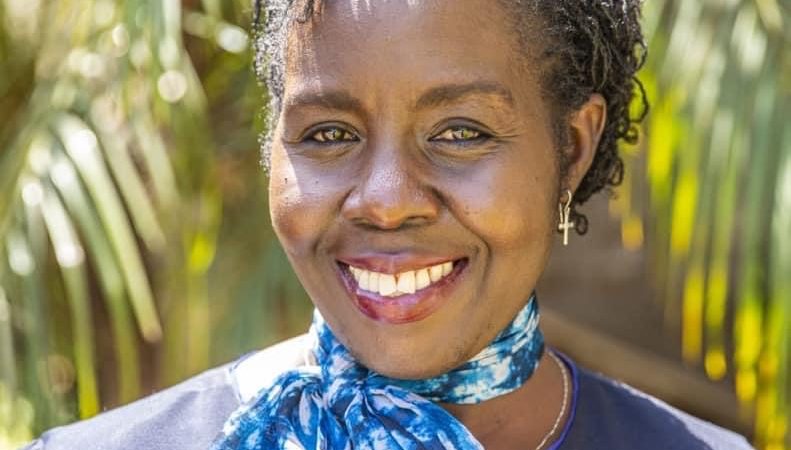 In a frenzied state, she sat unable to carry the anxiety she felt in the aircraft any longer. She kept her composure, but inside the fear was suffocating her, like a pillow pushed over her mouth and silencing her noise. The air was crippling. All she wanted to do was scream aloud. But anytime she opened her mouth, the sound muffled. The flight attendant came on the PA system and said, “Cabin crew prepare for takeoff.” What is routine for many passengers was not for Carolyne Omollo. At 42 years, this was her first experience in an aircraft and it was evident she wasn’t ready. “I was comparing it to road transport. But this experience wasn’t comfortable,” Omollo said. “Taking off and landing was…. CRAZY!” she added. Omollo has watched aircrafts cross the evening skies, wondering if she could get a chance to be in one. The opportunity arose two years ago. In 2018, she received a call from her older sister Wilfreda Tilley, who was graduating as a registered nurse from the University of Connecticut. She decided to travel to see her sister and nephew. As a single mother, Omollo conveyed the good news to her kids; their eyes wide-opened, hopped in laughter. Their mum was finally traveling, and not just going anywhere, she was going to the US. Omollo is an administrative secretary at 748 Air Services. More than anything else, she appreciates her colleagues and the familial environment perceptible at 748 Air Services. “748 is awesome. I feel like I have a family. They take note of safety. There is teamwork. Their service is great.” Omollo acceded she’s learned more about aviation in the three months she worked here than in any experience she’s had in her life. She adds, hospitality is important especially in this line of work. When I traveled, “the flight attendants were not hospitable.” Omollo uncertain about where to go once the aircraft lands, called the flight attendant over. In an implicit gaze she knew they were bothered and wanted nothing to do with her. So, she continued to sit silently, unable to sleep, anxious, awaiting the aircraft to land and the experience to end.
We use cookies on our website to give you the most relevant experience by remembering your preferences and repeat visits. By clicking “Accept All”, you consent to the use of ALL the cookies. However, you may visit "Cookie Settings" to provide a controlled consent.
Cookie SettingsAccept All
Manage consent

This website uses cookies to improve your experience while you navigate through the website. Out of these cookies, the cookies that are categorized as necessary are stored on your browser as they are essential for the working of basic functionalities of the website. We also use third-party cookies that help us analyze and understand how you use this website. These cookies will be stored in your browser only with your consent. You also have the option to opt-out of these cookies. But opting out of some of these cookies may have an effect on your browsing experience.
Necessary Always Enabled
Necessary cookies are absolutely essential for the website to function properly. This category only includes cookies that ensures basic functionalities and security features of the website. These cookies do not store any personal information.
Non-necessary
Any cookies that may not be particularly necessary for the website to function and is used specifically to collect user personal data via analytics, ads, other embedded contents are termed as non-necessary cookies. It is mandatory to procure user consent prior to running these cookies on your website.
SAVE & ACCEPT
Translate »