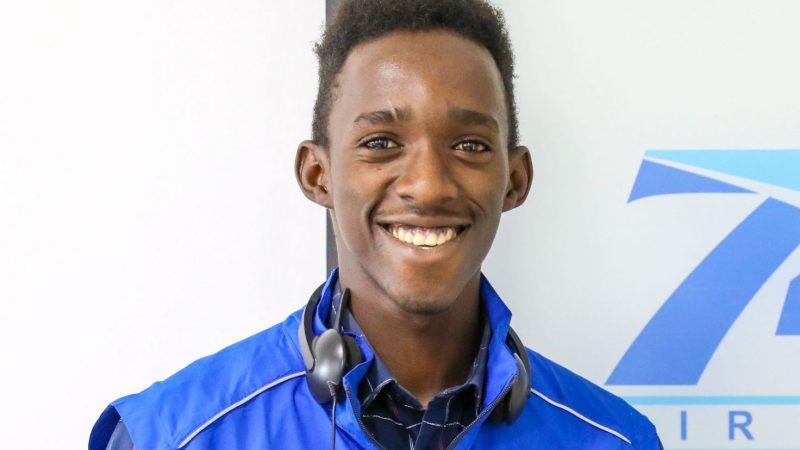 Born in Nyeri County, Dennis hails from a nuclear family composed of his parents and one sibling . He studied at Moi Nyeri Complex Primary school for his primary education before relocating with his family to Nairobi where he completed his high school education at Marion Senior School. Gichohi’s ambition was to become a musician. Never did it cross his mind that he would end up in the aviation industry. His love for music began from a very young age when he would attend performances by “One Man Guitar”. Gichohi wanted to emulate these musicians and his love for music now took center stage. Having witnessed this desire, his grandfather gifted him a guitar, which he taught himself how to play. Gichohi went further and learnt to write song lyrics. Unfortunately, he could not record and produce songs due to insufficient funds. He was now forced to venture into casual jobs that saw him work in construction to cater for his basic needs and save some money to kick start his music career. Gichohi went from working in construction, to working in people’s farms in Ruiru , to becoming a waiter, a pool boy and a delivery agent just to make ends meet. It is at this time in life, that it dawned on Dennis that he needed to have a Plan B. Thus, he used his savings from his manual jobs to join an aviation college in Embakasi to pursue a Diploma in Flight Operations. He faced immense financial challenges and was hardly able to finish his studies on time. He was obliged to postpone his licensing exams for a year. Dennis had to go look for menial jobs for another year to complete his education. He says it is by God’s grace that he finally managed to complete his Diploma. Despite finishing school, Gichohi struggled to secure the three months internship required to apply for the licensing exam. The attachment hunt turned futile and he resorted to going back to manual jobs whilst he continued applying for internship opportunities in various aviation companies. He managed to secure an unpaid internship at a local airline. Unfortunately he was among those who were retrenched due to effects of the Covid 19 pandemic . With no source of income, life in the city became tough and Denis was forced to relocate to Laikipia to work as a herdsman, a job that lasted for only three months. He tried to become self-employed by becoming a graphite portrait artist but could hardly secure an income. One day, he received a call from 748 Air Services which was among the many organizations he had sent his applications to. Dennis secured an internship position as a flight operations intern. Due to his determination and hardwork, he was employed and is now a reservations agent.
Translate »