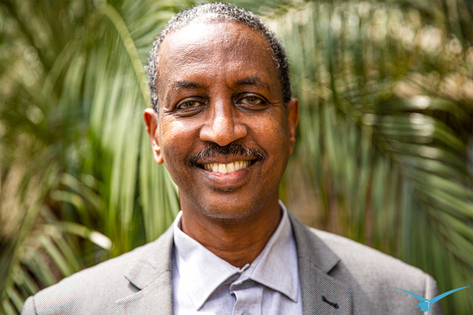 From education to aviation

When one is orphaned at an early age, they consciously or subconsciously develop a tendency of searching for a father figure in replacement of their gone biological fathers. For Rashid Abdi who became an orphan at the tender age of four, his older brother, seven years his senior, became that father figure. He endowed him with values that primarily guided Rashid to appreciate conventionality and adherence to policies. In secondary school, Rashid was so principled that he commanded immeasurable respect from students and teachers. Compared to the other students who were by virtue of their physicality absolute giants, Rashid was scrawny and younger in age. After graduating from secondary school, Rashid joined the Kenya Science Teachers College and trained for three years as a Mathematics and Physics teacher. His first job as a teacher involved taking over a form four class that had a very negative attitude to anything dealing with numericals. Within a year of embracing this challenge, Rashid was not only able to change the class attitude, but he made them obsessed with mathematics. After seven years of teaching, it was time to take up another challenge. Rashid took up an administrative position which required him to become a school inspector ensuring that all governmental regulations imposed on education institutions were being implemented and was later promoted to become the District Education Officer (DEO) in Samburu. During his time as the DEO, a London-based international development organization called VSO was conducting developmental services in various sectors including education and health. Rashid joined the organization as a field education representative. While at VSO, Rashid’s observant psyche picked up on the significance of aviation in providing humanitarian supplies. This observation was converted first to interest then to fixation and in 2007, Rashid joined 748 Air Services in the sales and marketing department in order to strengthen the relationship with International Organizations. Presently, Rashid is our Commercial Director. He ensures our aircrafts are fully utilized, our clients are sufficiently satisfied and our opportunities are extensively diversified.
Translate »