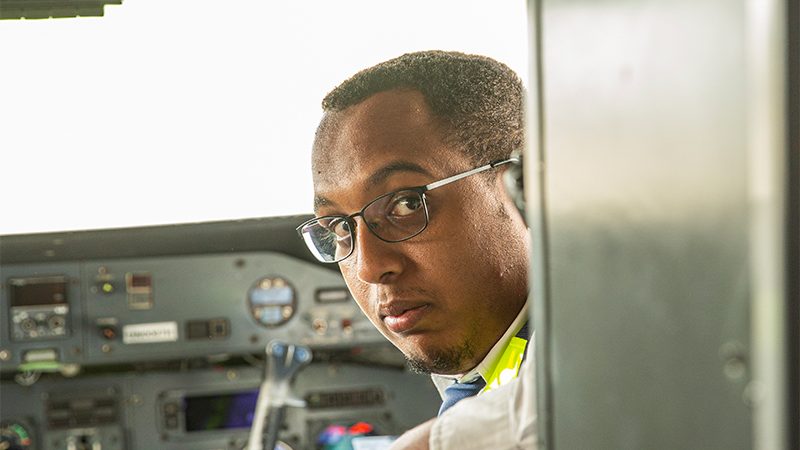 Imagine your ambitious teenage dreams manifesting in adulthood? Imagine living the very life you aspired to have and constantly daydreamt about on those dull afternoons in your secondary classroom? Such is the case for Mohamed Nathir Mohamed, a 26-year-old first officer at 748 Air Services. In his third year of secondary school, Mohamed began developing a sense of environmental awareness and became observant of his general surroundings. One thing stood out in particular, the distant aerodynamic noises coming from aircrafts magically floating in the atmosphere. These sounds, which would irritate many, became unusually therapeutic for Mohamed. Thus, the reason why he made the unwavering decision to become a pilot Mohamed began his professional love affair with 748 Air Services by his most memorable time at the charter. Along with other crew members, he was tasked with bringing a Dash 8-100 aircraft from the beautiful Mediterranean island of Malta to the tropical city under the sun, Nairobi. The journey which started out in Malta had its first stop in Greece. The sunset across the watery horizon was breathtaking and Mohamed’s appreciation of his job grew stronger. After spending the night, the crew moved forward to their next stop, the historic southern Egyptian city of Luxor. Mohamed and the team refueled and carried on to the next stop in the scorching sun of Port Sudan. The sweltering 47-degree-celcius heat forced Mohamed to seek refuge in the aircraft, which served as an oasis in the midst of a port desert. Following another stop for fuel, Mohamed and the team moved on to Ethiopia’s capital city, Addis Ababa. Afterwards, they finally set off for Nairobi and safely delivered the focus of their task, the Dash-8 100. In the wake of this journey, Mohamed was left in awe. He had traveled through five countries, experienced different diverse cultures, absorbed the beauty of islands, seas, deserts and sunsets and most importantly for him, he was able to interact with diverse people. After a few more months of freelancing and training with 748 Air Services, Mohamed joined the team. He has since been part of our tightly-knit team.
Translate »