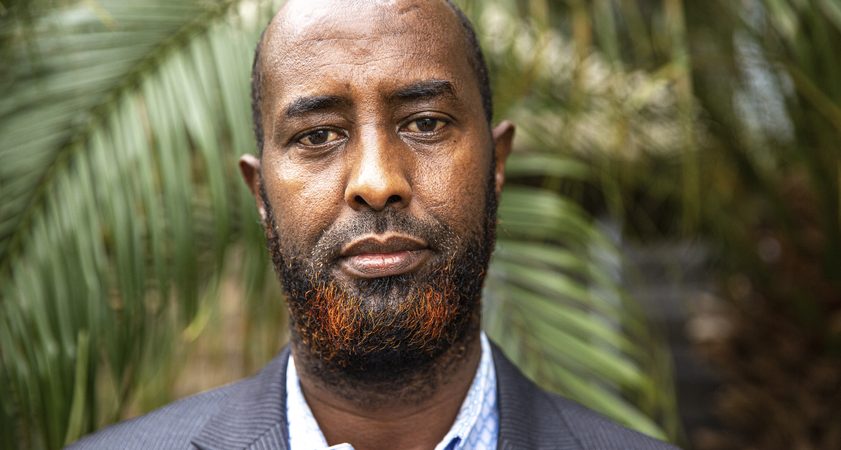 A man on a mission

Mahamud Tawane has always known the value of work. As a boy in Garissa, Kenya, he would spend his school holidays working at his father’s cotton farm, cultivating and harvesting. At the end of the day, he would be paid per kilo of his harvest. In his final year of secondary school, Tawane had a friend who read plenty of magazines and narrated his readings to him. On one occasion, Tawane’s friend told him about an ongoing admission at a flying school in Kansas. Without hesitation, Tawane applied and within a short duration received a response. However, the reply was not as pleasing as he would have hoped. The fee was simply unimaginably unaffordable. At the time, Tawane lived with his older brother who happened to also be his guardian. He proposed that Tawane join the Kenya military and use it as a platform to kickstart a career. After a heated dispute, Tawane yielded to his brother’s proposition and on the first of July 1994, he joined the Kenyan Airforce where he did basic military training for a year before joining Kenya Armed Forces Technical College in pursuit of a diploma in Aeronautical Engineering. After three years, he graduated and conducted his first on-job training at Laikipia Air Base where he worked on fighter jets. In 2000, Tawane was transferred to Moi Air Base where he would spend the next nine years. This was his first time handling and maintaining the Dash 8 series. During this period he accumulated enough merit to acquire the Kenya Civil Aviation Aircraft Maintenance License. In 2012, Tawane travelled to Holland and had an illuminating discovery on maintenance requirements. This revealing experience was an eye opener for him and he doubled his efforts to excel in his line of work. In 2013, Tawane joined 748 Air Services as the Base Maintenance Manager. Due to his impressive adaptability, he interchangeably conducted this role and the role of Director of Maintenance depending on the need. In 2018, Tawane became our Director of Quality and is the link between the company and the Kenya Civil Aviation authorities, ensuring compliance to all the established regulations. Freshly graduated with a Masters in Counselling Psychology, Abbas Mahmood began practising first as a voluntary counsellor then slowly started gaining patients. But unlike in recent times, the psychology field in Kenya in the 1990s was surrounded by a ridiculously high level of social stigma. Gradually, patients stopped seeing Abbas in fear of being labelled insane.
Translate »