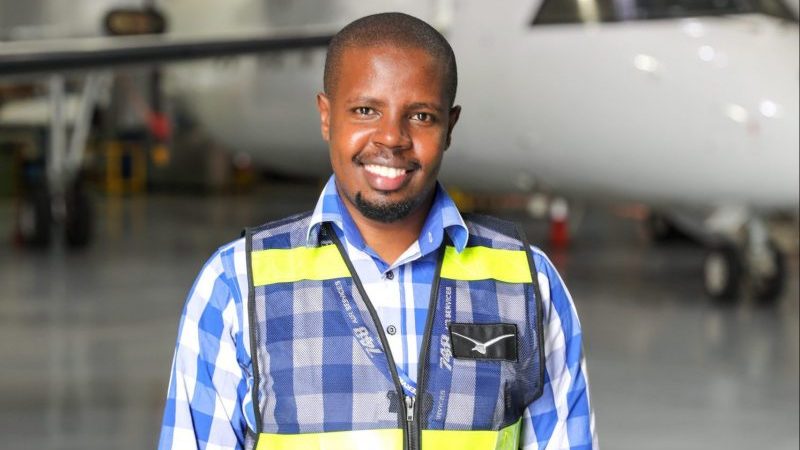 The sky is not the limit.

Everything is possible. This is what Alex Wachira, a first born in a family of two, heavily believes in. The first born title forced him to mature faster and to become a leader from a very young age. Alex always aspired to take the first position in school with the third position being too hard for him to bear. To him it was simply the best or nothing. When asked by his primary school teacher what he wanted to be when he grew up, he replied “a doctor”. A response expected from many students'. Alex passed exceptionally in his KCPE and managed to secure a position at a national school for his secondary education. His hard work and discipline led to him being appointed as the school’s clubs and languages captain, heavily influencing his career choice of pursuing journalism at Multimedia University. It is at the university that Alex developed an undying love for social media where he spent most of his time learning and developing social media skills. Upon graduation, Alex began his career as a social media manager and an online editor for various media houses. He points out one of major highlights in his career is when he was invited to participate in a live prime time news interview at a leading TV station to discuss the illusion of social media. Alex's zeal to try new things got him into the acting world where he was casted in various Television commercials. You might think that Alex had it all, but just like any young man trying to chase his dreams, he also experienced instances where he was broke. One day, as he was scrolling through social media he came across a job opening advert at 748 Air Services. Although he had minimal knowledge about the aviation industry he took the leap to apply for the job which looked appealing and exciting to him. After several intense interviews he was honored to join the friendly and hardworking team at 748 Air Services. Little did he know his past experiences and gained expertise were equipping him for this position. An enthusiastic and hardworking Wachira works at the communications department ensuring the 748 Air Services brand performs magnificently across the social media platforms. The sky is not the limit for Alex. His advice to his peers, “You can achieve anything you set your mind to. Never give up. The future belongs to those who believe in the beauty of their dreams. Choose a job you love and you will never have to work a day in your life”.
Translate »